The world is officially flipping. As my grandmother said way back in the mid-nineties, aliens have taken over the bodies and minds of many average citizens. I cannot imagine how she would surmise current events and the spectacles which fill the daily news feeds all these years later. People in the asylum now have hold of the keys and are in charge of the daily management of the facility! In all good humor, I present her thesis and my amendment; but with all seriousness, I relent in this appraisal. It saddens me how far we have strayed from the moral and character-driven culture we once were for the most part. America is now a nation flipped and upside down with immorality, deceit and implausible considerations. 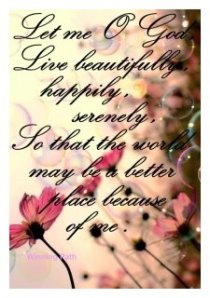 We were never perfect, there was always evil and sin; but now more and more of us believe in less and less. We strive it seems to be more outlandish and to live more on the fringes of what so many deem boring and mundane. Marriage, family, faith and good character are no longer in vogue; those values and beliefs have been replaced with cultural norms which shock many of the middle of America to their core. My grandmother was ahead of her time in seeing the results of years of turning from God, of replacing family orientation with its opposite; and with vulgarity and with lewdness as a means of changing the rut of boring and common-place middle-American values and beliefs. Those traditional core beliefs were deemed oppressive and confining by a new generation of people who rebel against such structure and confines upon their own behavior. Many have given up controlling themselves in favor of instantaneous gratification and immediate pleasure. Self-control is now freely ceded for governmental constraint, too much is not enough when it comes to laws and regulations to form and shape our behaviors because we seem unable and unwilling to self-control and self-regulate; and furthermore, to accept responsibility for our own actions! And therein we find the  source of the dilemma! 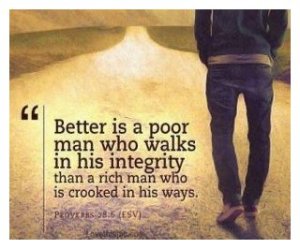 So few want to be constrained and confined to the standards which living moral and character-driven lives entails. Faith, God and family are now passé! Instead we have foul, unfamiliar and upside-down/backwards as our new reality! The counter-culture now runs our schools, our media, our government and our lives; much to the chagrin of middle-America, which still clings to their family, faith and moral traditions. Fortunately, God is still in charge of the world, regardless who chooses to believe it might be so! It is. I await His correction of this upside-down/backwards and side-stepping, ego-driven society. I’m sure He is growing tired of our childish insistence that we know best, when surely the resulting chaos and instability in our world proves Him right.